Anderson County: A rescue truck from the  Piercetown Fire Dept in Anderson County SC was involved in a serious crash on I 85 at MM 29 the rescue vehicle was stopped assisting a motorist when it was hit from the rear, the driver of the vehicle that hit the fire truck was trapped, the passenger was also transported, I 85 is closed in the area, more info to come. 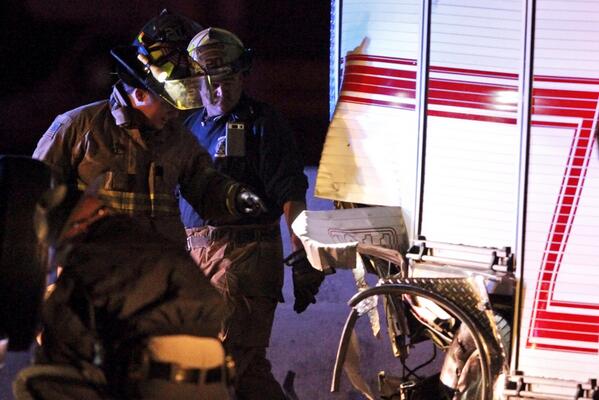 ANDERSON COUNTY, S.C. —Interstate 85 near mile maker 29 was shut down for a while Wednesday night following an accident in Anderson County.

Piercetown Fire Chief Andrew Massey said that his fire department was responding to a driver whose tire had blown out on the northbound side of I-85 around 7:30 p.m. Full Story….